”Snow, deep snow, is one of Henning Mankell’s first memories. Later in life, after choosing to divide his time between Moçambique and Sweden, Henning states:
“I stand with one foot in the snow and one foot in the sand.” 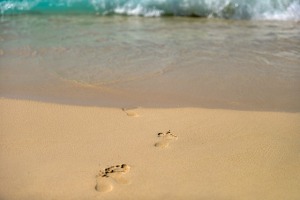 “I don’t know why, but when I stepped out of the plane in Africa I had the odd feeling of coming home”.

The first time Henning Mankell went to Africa was in 1973 – the same year his debut novel Bergsprängaren (The Rock Blaster) was published.
Since then Henning Mankell has spent a great deal of his life on the African continent. After living in Zambia and other countries, he was offered to work as artistic leader at Teatro Avenida in Mozambique’s capital Maputo in 1986. Since he began his work at the theatre, Henning Mankell spends at least six months a year in Maputo, where he directs in parallel with his writing. Life and work in Africa have given Henning a new perspective on Sweden and Europe.

– I am like an artist who has to stand close to the canvas in order to paint, and afterwards take a step back to be able to see what I have painted. Africa has enriched my life with that movement. Some things can only be perceived from a certain distance.

Since Mankell settled part-time in Mozambique during the eighties, the African continent has helped him view the West from a different perspective.